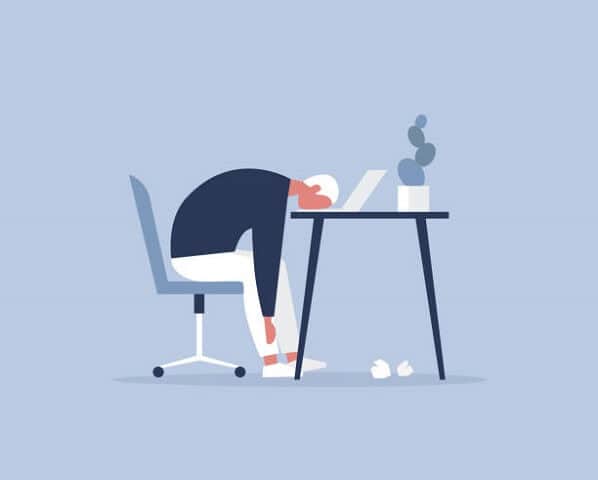 The internet is full of articles about getting more done. This isn’t one of them. This one made me laugh. It’s a bit of reverse psychology, and I’ll admit to learning something from it!

How do you manage to be constantly burnt out while also accomplishing very little? It’s not easy.

It takes years of concerted effort. You have to build up habits, to the point where the line between work and time-wasting is essentially blurred. It takes a total lack of self-awareness and an inability to reflect on your own shortcomings.

Not to brag, but I’m somewhat of an expert. Here are some proven strategies for burning yourself out while accomplishing very little. 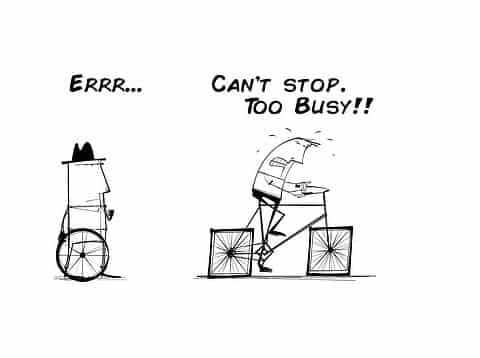 Multitasking is a proven method for getting less done. I can’t recommend it enough.

Focusing on one task comes with the risk of completing that task. That’s dangerous: it might give you momentum toward accomplishing another task. Multitasking prevents this from happening—and research proves it. To quote the American Psychological Association:

“In experiments published in 2001, Joshua Rubinstein, PhD, Jeffrey Evans, PhD, and David Meyer, PhD, conducted four experiments in which young adults switched between different tasks, such as solving math problems or classifying geometric objects. For all tasks, the participants lost time when they had to switch from one task to another. As tasks got more complex, participants lost more time. As a result, people took significantly longer to switch between more complex tasks.”

Switching between different tasks wastes time, which is essential if you want to get less done.

I recommend switching tasks as frequently as possible because it will slow down the progress you make on every individual task. Ideally, you’ll be mentally switching between tasks often enough that you’re totally paralyzed.

Multitasking also leads to higher levels of stress and frustration, which is exactly what we’re looking for.

Your computer is likely perfect for this. Make sure you have a large monitor—or multiples. Fill every pixel of space with as many windows and tabs as possible—all of them related to different tasks. Then switch between those tabs and tasks as often as possible.

It can be easy to forget to multitask, however, which is why it’s essential to design systems that pull you away from focus. Notifications are perfect for this. Turn them on for as many applications and services as possible so that you can’t focus on any one task for long without some other application demanding your attention.

You should also place your phone on your desk so that you’re getting notifications for text messages and social networks as well. This will all help to ensure that you never focus on a single task, maximizing how little you can get done.

Your ideal day starts with only a general sense of what your priorities are. The vaguer you can feel about what you’re supposed to be accomplishing, the better.

Try to have a general sense of all the things you should be doing, but don’t write them down anywhere. That way you can occasionally remember a particular task, briefly panic about it, only to remember another thing that you’re supposed to be doing a few minutes later.

This cycle will, over time, lead to a general sense of paralysis, preventing you from making progress or relaxing.

Do not, under any circumstances, write down what it is you are supposed to be doing or schedule a time for doing it. This could make the list of tasks feel manageable, and also might lead to tackling those tasks one at a time. Avoid that—it’s imperative that you feel vaguely overwhelmed, constantly.

Failing that, you should find some kind of task that, while not restful, also doesn’t directly accomplish anything. Email and Slack are both great for this because neither are directly productive but also aren’t relaxing. So is checking Twitter or reading the news—these also offer a general sense of anger, anxiety, or both.

You get the idea. Whatever you do during your “down time,” make sure it’s mentally taxing but largely unrelated to anything you were hoping to accomplish.

Exercise isn’t work, and it also makes you feel tired, so you’d think that it would be a perfect activity for getting nothing done but still feeling exhausted. It isn’t.

A Leeds Metropolitan University study suggests that working out during the day improves both productivity and satisfaction, which are the exact two things we’re trying to avoid. Ron Friedman, writing for the Harvard Business Review, explains:

“On days when employees visited the gym, their experience at work changed. They reported managing their time more effectively, being more productive, and having smoother interactions with their colleagues. Just as important: They went home feeling more satisfied at the end of the day.”

The clear conclusion: you need to avoid exercise because it’s going to make you less tired and more productive. Stay in your chair and move as little as possible.

Never review what you accomplish

It’s 5 pm. You have a general sense that you’ve accomplished nothing, and you also feel exhausted. Mission accomplished, right?

The last thing you need to remember is not to reflect on your day. Do not make a list of what you’ve accomplished or talk to a co-worker about what you did. Instead, steep in your general sense of exhaustion and worthlessness.

Also, make sure that you don’t take any time to reflect on your day. Thinking is dangerous. You might realize that, in fact, you have gotten quite a bit done, and that you’re holding yourself to an impossibly high standard, which is based on an illusionary idea of what a productive person looks like.

You might realize that you’ve come to define too much of your self worth by what you do and don’t get done during your workday. You might even realize that you’re spiraling for no reason, which is the kind of self-awareness that could destroy the general sense of hopelessness and exhaustion it’s taken so long to build.

You don’t want that, so make sure you end the day with a general sense of guilt. Marinate in it. Then get ready to do it all again tomorrow.

I admit to not taking enough breaks when working from home.

What are you prepared to admit to?