When I was growing up, and taking notice of cars, it was clear that I would be either a Ford or a Holden person. In that era, there was no other choice, even though there were other makes of vehicles on the road at the time.

A similar thing was evident in the drawing office. A drafter either swore by AutoCad or Microstation. Nothing else came close.

For engineers, it was Space Gass or Microstran. In that race, Space Gass was the most used, but Microstran had a more responsive support team – you actually got to speak with the engineers that wrote the software, have input into the feature upgrades, and, importantly for small business owners, received discounted pricing.

In hindsight, the saddest day in structural engineering arrived when Microstran sold their software to Bentley Systems. Bentley brought other things – Staad.Pro for example, but the support is atrocious.

Because we’re a Bentley client, we also have Microstation, more recently named AECoSim Building Designer, then renamed yet again to OpenBuildings Designer.

I’m currently looking into hiring a full-time drafter, and I’ve just discovered very few people these days use Microstation. Just like Holden did, Bentley seems to have lost its foothold in the highly competitive CAD space and it looks to be disappearing into history. Could it be that atrocious service? Probably.

So what’s flavour of the month? Tekla, it seems. Not even from the former “duopoly” of Autodesk and Bentley, Tekla is produced by Trimble.

Tekla Structures is 3D building information modeling (BIM) software for steel and concrete detailing. The software enables users to create and manage 3D structural models in concrete or steel, and guides them through the process from concept to fabrication. The process of shop drawing creation is automated, including the creation of CNC-files. 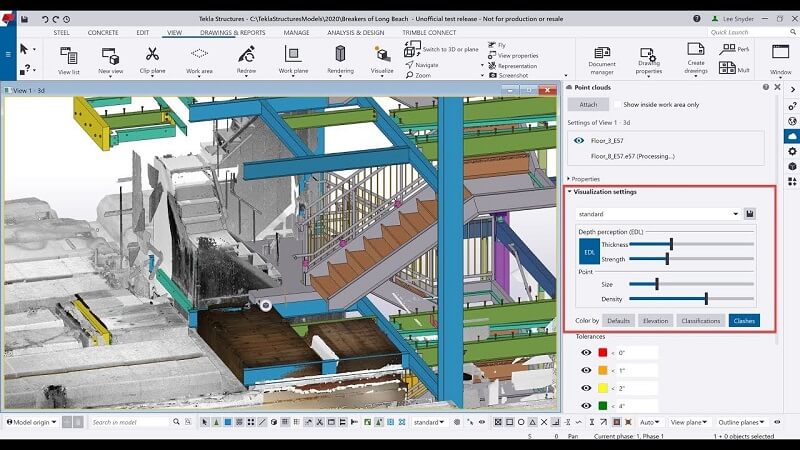 Tekla Structural Designer is software for analysis and design of buildings and structures.

Tekla Tedds is an application for automating repetitive structural and civil calculations and sketches.

With Tekla BIMsight, users can perform clash checking to avoid design and constructability issues, and communicate with others in their construction project by sharing models and notes.

The big question now is whether we retire our Bentley software and go all-in with Tekla, or just add another piece of software to our arsenal and bump up our rates to cover the ever-increasing cost of subscription licences and maintenance fees!

What are you using?

Share your comments on the post and also check what some of my other engineering connections had to say.

Subscribe to our newsletter to receive a weekly email from Yenem’s director, Dave Meney