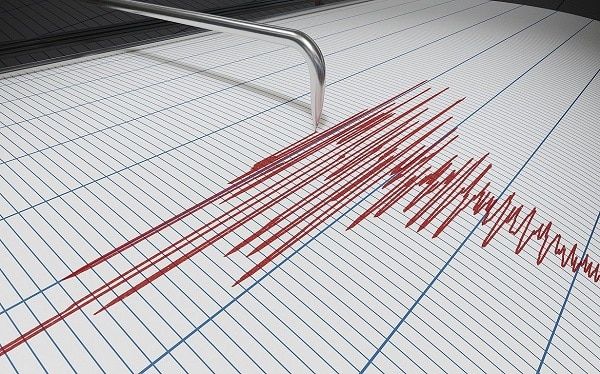 Well, ‘facts’ anyway. There’s nothing ‘fun’ about earthquakes, especially when they create devastation and take life.

👉 “The quake launched waves of up to six-metres high that slammed into Sulawesi at 800 kilometres per hour.”

Here in Australia, are we immune from Earthquakes?

Well, we certainly weren’t when the M6.8 Meckering earthquake struck in 1968. Or in 1989, when the Newcastle earthquake (M5.6) prompted a re-write of the design codes.

But what about since then? Well, we’ve had 12 bigger-than-M4 earthquakes since then, the biggest being M6.6 in Broome, 8 months ago.

And if we count earthquakes bigger than M1.4, Australia has experienced hundreds of quakes in the last year!

So what does the magnitude mean anyway?

It’s true that the magnitude is a measure of the energy output of an earthquake.

It’s true that the scale is logarithmic, which means each whole number magnitude is much greater than the previous. For example, an M7.0 earthquake releases about 32 times more energy than an M6.0 and nearly 1000 times that of an M5.0!

It’s a powerful measure for journalists and the ill-informed public!

What Happens during an earthquake?

When an earthquake occurs, there’s acceleration at the ground surface – that’s the surface shaking – sideways and vertically.

How much depends on the depth and distance to the source of the quake, and the type of ground (rock, sand, silt, clay).

So we could never say “Your building will resist a magnitude 8.0 earthquake”. The irrelevance of magnitude is why Newcastle suffered so much damage for a relatively small earthquake (M5.6) – it had more to do with the PGA, and that codes at the time didn’t require a design with a high enough PGA.

So it’s not about magnitude, but it is about ground acceleration at the building site, and that has something to do with soil type.

But wait, there’s more! There’s the period of the shake – the time it takes to complete each wave – each cycle of motion. We get slow and fast ones. And they’re never regular like a metronome either.

The ‘period’ is why some buildings stay upright, and others don’t. Because each structure has a different period too – and the ones that match the period of the earthquake get a heap more force. One earthquake might bring down low-storey buildings and leave skyscrapers standing – another may do the opposite. 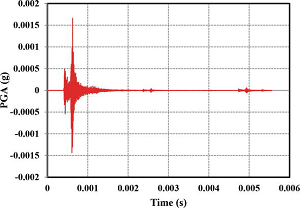 Do we need to design for earthquakes in Perth and regional Australia?

Yes, and we do! Codes require us to design for earthquake forces (or displacements) on all structures in all areas of the country – at least to a point.

But good engineers recognise that the design is in the detail.

We really can’t design a building to resist the next big ‘quake. We can design it so it doesn’t catastrophically collapse, so even if the forces are bigger than expected, we get to save lives. That’s our job – to design within the realms of acceptable risk.

The reality is, after a big enough earthquake, ‘normal’ structures should have “failed” in such a way that they don’t bury people, but they would more than likely need to be demolished and rebuilt.

That’s just how it is right now – but as I discovered at the last Australasian Structural Engineering Conference, there are many smart ways of ensuring structures perform better in a decent earthquake, long before they become a clause in our design codes!

I love earthquakes. Not the destruction obviously, but the challenge of designing a structure that respects Mother Nature and her occasionally unrelenting fury whilst satisfying man’s need to build structures where they probably shouldn’t be built!

I love talking about this stuff too. Get in touch if you want to learn more about how we design for earthquakes.